Pakistan
The United States is deeply disturbed by reports that Pakistani President Musharraf has taken extra-constitutional actions and has imposed a state of emergency. A state of emergency would be a sharp set back for Pakistani democracy and takes Pakistan off the path toward civilian rule. President Musharraf has stated repeatedly that he will step down as Chief of Army Staff before re-taking the presidential oath of office and has promised to hold elections by January 15th. We expect him to uphold these commitments and urge him to do so immediately.

The United States stand with the people of Pakistan in supporting a democratic process and in countering violent extremism. We urge all parties to work together to complete the transition to democracy and civilian rule without violence or delay.
2007/965(From press statement by DoS)********************Addressing Country on TV, President Musharraf vows to salvage the Country out of crisis 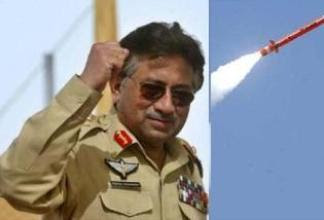 President Musharraf has said that the Country today stands at a critical and dangerous junction, which leads to uncertainty and instability... Addressing the Country on the TV, he said that all countries are faced with a moment where a final decision is to be made, and Pakistan today stands at that very position, and a decision has to be taken for the integrity and solidarity of Pakistan, on the basis of "Pakistan first"...
Read story in full at PakTribune.com
******
* Ongoing Updates from PakTribune.com *STATE OF EMERGENCY IN PAKISTAN
***************
This Is One Last Rash Action From Musharraf
It is hard to think that General Pervez Musharraf can now last long, either as President of Pakistan or head of the army. His panicked move to bring in what he calls “emergency rule” has lost him international support, and set him on a collision course with the courts, the lawyers and the main political parties... The only conceivable peaceful outcome is that he agrees to go ahead with elections due in January, and accepts the results. But he said not one word about them in his address announcing emergency rule. More likely, his action leads to such turmoil that he is pushed out; his successor might well be someone else in a uniform — specifically, General Kiyani, his deputy... but in such uproar, there would be many contenders...Read story in full at TimesOnline.co.uk
*****************************Pakistani President General Pervez Musharraf
Out Of Control
When Pakistani President General Pervez Musharraf announced another state of emergency on Saturday, it was clear that he had lost control of the country. And, it was also quite clear he had lost control of himself. The general's desire to stay on in power appears to have blinded him completely. Pakistan is now facing a new crisis brought about by Musharraf's myopia...
Read the rest at NationMultimedia.com
**********************Hundreds Of Political Activists, Senior Judges and Human-Rights Leaders Detained In Pakistan Crackdown

President Gen. Pervez Musharraf cracked down hard on opponents today, the second day of emergency rule in the country, and his government suggested that scheduled elections could be put off for as long as a year... Hundreds of political activists, senior judges and human-rights leaders were rounded up by police. The country's deposed chief justice, Iftikhar Chaudhry, was confined to his cordoned-off home, with no one allowed to approach...Story at LATimes.com
****************
* CNN.com...
West urges Pakistan to lift martial law, return to democracy
(Has news videos)
***********More to come on this story I’m sure...
AubreyJ.........


File Photo by PresidentOfPakistan.Gov Website
***************** UPDATES: Monday, November 05, 2007 *Violence Erupts Over Emergency Rule
Video and more removed by me in respect of Google Ads policy rules
*****************************************BBC News...UK Foreign Secretary David Miliband says this is a "decisive moment" in Pakistan's history after its president declared a state of emergency... Mr. Miliband called for President Musharraf to step down as planned as head of the army, release political prisoners and lift media restrictions... He echoed Downing Street's earlier call for restoration of "normal democratic and constitutional processes"...
Read the rest at link below...Pakistan faces 'defining moment'
*****************
CNN.com...Pakistan's president was warned that declaring a state of emergency in the country would put U.S. relations at risk, a top U.S. commander said Monday... Adm. William Fallon, the head of the U.S. Central Command, met with President Pervez Musharraf in Pakistan a day before Musharraf's emergency declaration and told him that the United States did not support such an action, Fallon said... "I told him the idea of doing this was not a good one and that there might be alternatives," Fallon said in a phone interview from Kyrgyzstan... "These actions put our relationship at risk," Fallon said...
Read this story in full at link below...Admiral: U.S. warned Musharraf against emergency declaration
*****************************
New York Daily News...
As international pressure mounted, Pakistani President Pervez Musharraf said Monday he would give up his military role and become a civilian leader as soon as the political situation allows... "I am determined to execute this third stage of transition fully and I'm determined to remove my uniform once we correct these pillars in judiciary and the executive and the parliament," he told foreign diplomats in comments broadcast on state-run Pakistan Television... But even as he spoke, police fired tear gas and clubbed lawyers holding a pro-democracy protest, and the independent press remained silenced...Read the rest at link below...As many as 3,500 detained in Pakistan
********************************U.S. to Review All Military Support to PakistanMonday, November 05, 2007
U.S.-Pakistani military cooperation along Pakistan's border with Afghanistan is continuing unfettered despite the crisis that's led to widespread arrests in Pakistan and has U.S. officials reviewing assistance programs to Pakistan, a senior defense official told reporters today.

All U.S. assistance will be on the table as the United States reviews its support in light of Pakistani President Pervez Musharraf's declaration of a state of emergency and suspension of its democratic government, Pentagon spokesman Bryan Whitman said today.

The move, announced Nov. 2, has drawn severe U.S. criticism, with Defense Secretary Robert M. Gates joining Secretary of State Condoleezza Rice in calling for a quick resolution and a return to a law-based, constitutional and democratic government.

The crisis is particularly troubling to the United States because Pakistan is a key ally in the war on terror, particularly in support of Operation Enduring Freedom. "So it is important to have a favorable resolution of this situation," Whitman said today.

As Pakistan has proven itself a valued ally in the fight against terrorism, it's received extensive financial support for its efforts from the United States. All that stands to come under review in light of the current situation. "Secretary Rice has made it pretty clear that we will review all our military assistance," Whitman said.

Gates told reporters traveling with him in China today that the United States is watching the developing situation in Pakistan closely and plans to review the full spectrum of assistance programs.

Defense officials estimate that figure at about $9.6 billion since 2001. That includes about $300 million a year for foreign military financing; more than $10 million a year for nonproliferation, antiterrorism, demining and related programs; about $25.5 million in international narcotics control and law enforcement funding -- a figure that could increase to $32 million in fiscal 2008 if Congress approves the request; and about $2 million a year in International Military Education and Training funds, Whitman said.

The review also could address the $80 million a month -- a total of about $5.3 billion since the war began -- in reimbursements to the Pakistani government through coalition support funds. These funds reimburse coalition partners for expenses involved in conducting joint operations against al Qaeda, manning observation posts along the Afghan border, providing humanitarian assistance to tribal populations, conducting interdiction operations, combat air patrols and other support missions, Whitman explained.

These programs all are funded through the State Department's foreign operations budget.

Also subject to scrutiny in the review is the extensive U.S. foreign military sales program with Pakistan, which includes sales of F-16 and P-3 aircraft. The U.S. Congress last year approved a deal to sell 36 F-16 aircraft to Pakistan. Whitman said half of those aircraft are new models, and half older models sold as "excess defense articles."

In a related move, the United States announced that it will postpone a bilateral defense consultative meeting with Pakistan that had been scheduled for tomorrow Nov. 7. Whitman said the current situation in Pakistan would make it too difficult for participants to focus fully on the issues at hand. Those meetings are expected to be rescheduled.
(From news article by DOD’s American Forces Press Service - Written by Donna Miles)
Other news:U.S. Postpones Defense Meetings With Pakistan
UPDATE: Thursday, November 08, 2007>>> Bloomberg.com...Pakistan's President Pervez Musharraf said parliamentary elections will be held by February 15th and promised to relinquish his post as head of the army, after pressure from President George W. Bush... “I must remove my uniform and there should be a civilian government,” Musharraf told state-run Pakistan Television today...Musharraf Says He Will Quit Army, Polls by Feb. 15
(If Musharraf’s word holds true, this is some great news... AJ)
Posted by AubreyJ......... at 11/04/2007 12:34:00 PM