I wanted to take a moment today to report on the death of one of our best, a conservative icon and giant... Mr. William F. Buckley Jr. 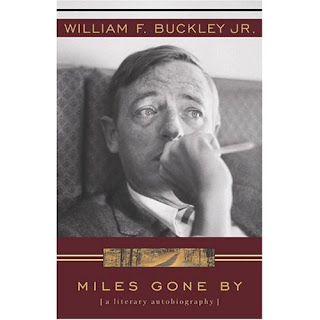 It’s been reported today, throughout the media, that he was found dead at his home this morning in Stamford, Conn. As of right now, 2:05pm CST, the cause of his death was unknown, but it has been reported that he had been ill with emphysema.

President Bush put out this statement a short time ago on Mr. Buckley’s death and it goes as follows...

America has lost one of its finest writers and thinkers. Bill Buckley was one of the great founders of the modern conservative movement. He brought conservative thought into the political mainstream, and helped lay the intellectual foundation for America's victory in the Cold War and for the conservative movement that continues to this day. He will be remembered for his principled thought and beautiful writing -- as well as his personal warmth, wit, and generous spirit. His legacy lives on in the ideas he championed and in the magazine he founded -- National Review.

Laura and I send our prayers to Chris Buckley, the Buckley family, and all who loved this good man.