Hizbullah Slams Deployment of US Warships off Lebanon Coast 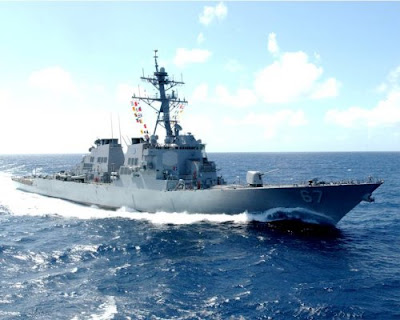 Friday, February 29, 2008
DailyStar.com brings us this news article today and it starts off like this... A US deployment of warships off the coast of Lebanon further sharpened tensions in the crisis-plagued country on Friday, as Hizbullah condemned the move and the Lebanese government said it did not ask for the ships to be sent. Hizbullah on Friday denounced Washington's dispatch of the USS Cole and two other vessels to waters off Lebanon as military interference... Hizbullah's condemnation came as pro-government newspapers in Beirut said the deployment was a clear signal to Syria, which is accused by the ruling coalition of blocking a presidential vote...
Read the rest HERE

* FT.com has this report...
Hizbollah Accuses US Of Intimidation Over Vessels Deployed In Eastern Mediterranean