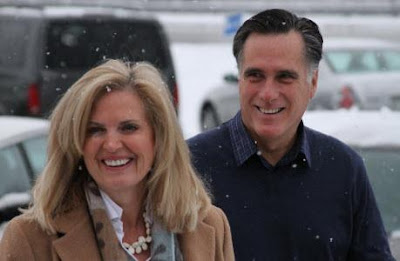 
Romney’s Rescue of 2002 Olympics and Situation of the Time
.
I believe the one thing that hardly ever gets mentioned about Mitt Romney’s rescue of the 2002 Olympics is the situation of the time. That it all went down so soon after 9/11 and that the overall security of the Nation was still not yet sure.
.
The 2002 Utah Winter Olympics in the end did become a huge success. In fact it was one of the most successful Olympic Games ever! That’s something that cannot be spun as non-fact either. And this success even came after so many worries and after all the bad writings and broadcast news during this time over the overall security, cost, and if there would be any kind of success at all of this grand event.
.
Fortunately for all, Mitt Romney took this disaster by the horns and brought it back from between a 300 to 400 million dollar deficit and turned it around into a 100 million dollar surplus. Not too shabby, Mitt -- not too shabby at all!
.
I know not about you, but I remember this time in history very well. I remember that when all was said and spun, the 2002 Winter Olympics brought us so much pride to this, (at the time,) wounded country of ours.
.
It really was a great time in the history of our great country, even after so much pain, suffering and fear had been brought down upon us not so many months before.
.
In the heading of my Blog I write:
.
No matter what your political views might be... One thing is for certain. In these days of fast news and even faster life styles... We all seem to have forgotten those moments in history that so abruptly and tragically changed this beloved Country of ours... 9/11… How soon we forget…
.
Funny how that holds so true, even after just under eleven years has passed us by, since that tragic day. It also holds true to the forgetfulness of most people on how things really were during those first few days, weeks, months and first years thereafter.
.
Bottom line… Mitt, job well done sir, and thank you.
.
AubreyJ………
Aubrey J. Fawcett
Monday, July 30, 2012
Posted by AubreyJ......... at 7/30/2012 12:30:00 PM