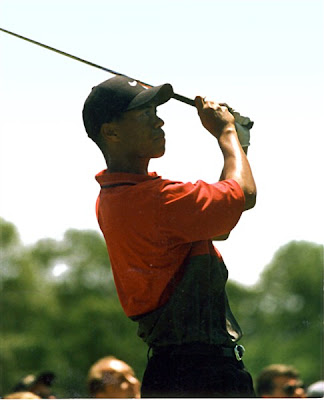 The AT&T National golf tournament will pay tribute to the five military branches each day of play by highlighting one service per day. Kicking off the tournament will be a ceremonial first shot during the opening ceremony July 2. Golf pro Fred Couples will accompany 24 children of deployed service members to the first tee for the shot. The children are part of ‘Our Military Kids,’ a group that provides educational and extracurricular scholarships to children of deployed military men and women.

In addition, the opening ceremony will feature the Screaming Eagles of the 101st Airborne Aerial Demonstration Team. The Screaming Eagles will present the children with six signed golf balls from six military installations world-wide, to hit the tournament’s ceremonial first shot. The signed golf balls were provided by Nike and AT&T National to service members, who participated in what is being called, “the first shot from around the world.” The footage of the military golfers hitting the golf balls from Ramstein Air Force Base, Germany; Lakenheath Air Force Base, England; Baghdad, Iraq; Bagram Air Force Base, Afghanistan; Yokota Air Force Base, Japan; and aboard the USS Abraham Lincoln will be shown during the opening ceremony.

The Tiger Woods Foundation will also provide spectators the opportunity to write notes of thanks and support to military on special postcards. Ninety-thousand postcards, each with a letter of thanks from Tiger Woods, will be distributed on site.