U.S gives Israel the ‘Amber Light’
For Launching Strike on Iran
Sunday, July 13, 2008
IsraelNationalNews.com brings us this bit of news this Sunday morning and it goes in part like this... Israel will have an “amber light” from the U.S. to launch a strike on Iran if other measures fail, according to a source in the Pentagon. The statement, appearing Sunday in Britain’s Sunday Times, said that American President George Bush has given Israel conditional approval for an attack on the Islamic Republic if current diplomatic initiatives fail in stopping the latter’s nuclear weapons program... "Amber means get on with your preparations, stand by for immediate attack and tell us when you're ready," said the official... 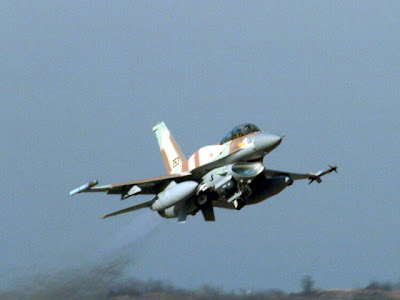