Iraq: On Ground Updates
Violence in Iraq Drops to Four-Year Low
Monday, June 23, 2008
Violence in Iraq dropped in May to its lowest level in four years, according to a Defense Department report released to Congress today.

The quarterly report, required by Congress, measured progress in the country in March through May of this year.

The report highlighted that all major violent 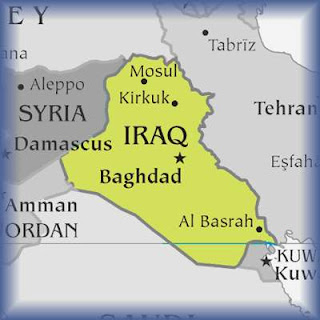 indicators dropped during the reporting period by as much as 80 percent.

"Coalition and Iraqi forces' operations against al-Qaida in Iraq have degraded its ability to attack and terrorize the population," the report reads. The report concedes, though, that al-Qaida still remains a major threat, and that the recent progress is still "fragile, reversible and uneven."

Civilian deaths in May dropped to a two-year low. The report suggests that even the high-profile bombings that drove up civilian deaths in April are having less of an effect at inciting sectarian violence than other such attacks in the past.

The report hails the emergence of the Sons of Iraq, local security groups made up of citizens, as the most significant development in the past 18 months in Iraq. More than 100,000 Iraqi citizens now help to provide security for their towns, villages and neighborhoods, and the program has spread from primarily a Sunni initiative to Shiia and mixed communities as well.

The report also credits the Iraqi government's success at fighting illegal militias and Iranian-backed groups with contributing to lower levels of violence. The government's efforts have reinforced a greater public rejection of the militias, according to the report.

"Overall, the communal struggle for power and resources is becoming less violent," according to the report. "Many Iraqis are now settling their differences through debate and the political process, rather than open conflict."

Iraqi security forces have continued to improve, although at varying rates. The report cites Iraqi Prime Minister Nouri al-Maliki's military drive in Basra as generating a positive response from all Iraqi communities.

"Despite some initial difficulties and the uneven performance of local police, Iraqi forces won the support of most Basrawis and a greater share of the Iraqi population," the report reads.

The report also notes that in many areas Iraqi forces are operating independently, or side-by-side with coalition forces, and that the Iraqi government is assuming a broader ownership of its security programs.

"These units consistently demonstrate a high level of proficiency in counterinsurgency operations against [al-Qaida in Iraq] and other extremist groups," the report reads.

Iran's support of extremist groups in Iraq is now the country's biggest security challenge, according to the report.

"Despite promises to Iraqi government to the contrary, Iran continues to fund, train, arm, and guide [Jaysh al-Mahdi] special groups and other Shiia extremist organizations," the report says.

Iraqi forces have uncovered "massive" weapons caches and ammunition of Iranian origin, some manufactured as recently as this year, the report notes.

Other assertions in the report include:

-- Oil production is expected to increase by 10 percent this year

-- Lower inflation has boosted Iraqi purchasing power and provided a more stable environment for private sector development. Core inflation dropped to 12 percent in 2007, down from 32 percent in 2006

-- Capital budget execution continues to improve, but spending at all levels of government is still hampered by bureaucracy, corruption and sectarian division

-- Iraqis have seen an increase in the delivery of essential services such as electricity, water, sanitation and health care, but overall Iraqi satisfaction with those services remains low
From news article by DoD’s American Forces Press Service - Written by Fred W. Baker III
Map courtesy of CENTCOM
Posted by AubreyJ......... at 6/23/2008 05:14:00 PM