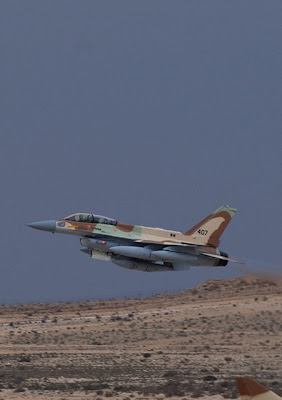 AP.Google.com brings us the following report and it starts off like this... The U.S. plans to sell Israel 1,000 buster-bunker bombs which Israeli military experts said Monday could provide a powerful new weapon against underground arsenals in Lebanon or Gaza... The experts said they doubted, however, that the bombs could be used to deliver a crippling blow against Iran's nuclear program...
Read the full report HERE
File photo by IAF
Posted by AubreyJ......... at 9/15/2008 10:00:00 AM

Email ThisBlogThis!Share to TwitterShare to FacebookShare to Pinterest
Labels: Israel, On Ground Updates