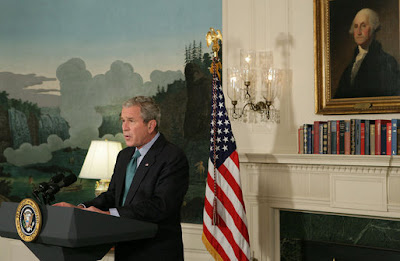 About Photo: President George W. Bush delivers a statement at the White House Tuesday morning, September 30, 2008, regarding the economic rescue plan. Said the President, “We're at a critical moment for our economy, and we need legislation that decisively address the troubled assets now clogging the financial system, helps lenders resume the flow of credit to consumers and businesses, and allows the American economy to get moving again.”
Read the Transcript - Watch the Video HERE
White House photo by Chris Greenberg
.
**********************
. 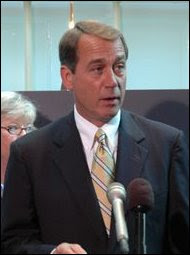 Pelosi and Reid to Bush: ‘We Are Committed to Working With You and Our Republican Colleagues to Enact a Bipartisan Bill Without Further Delay’

Washington, D.C. – Speaker Nancy Pelosi and Senate Majority Leader Harry Reid sent the following letter this afternoon to President Bush on the urgent need to pass bipartisan legislation to address the crisis in the financial markets.
Below is the text of the letter: 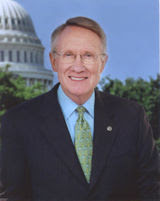 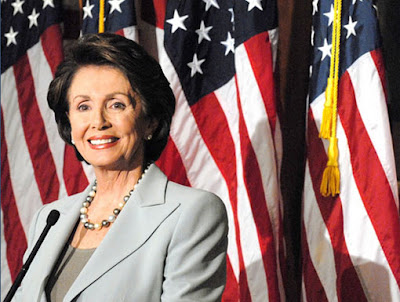 economic impacts both on Wall Street and on Main Street. The consequences of yesterday’s vote – an historic drop in the stock market and the loss of $1.2 trillion in savings, investments, and retirement funds – had a major impact on American families, small businesses, and others that demonstrated the imperative for Congressional action.

We have already made much progress in improving the plan originally sent to Congress. After many days of discussions, we reached bipartisan agreement on key additions, including strong measures to protect taxpayers from the costs of this program; to impose tough accountability on Wall Street through strong oversight and transparency; to limit excessive executive compensation and golden parachutes; to reduce home foreclosures to help families remain in their homes; and to sequence the funding of the program to ensure appropriate cost controls and independent reviews.

We must continue our bipartisan efforts of the past two weeks to pass a comprehensive bill to help stabilize our financial system and protect the American taxpayer. We welcome your statement this morning and are committed to working with you and our Republican colleagues to enact a bipartisan bill without further delay.

Working together, we are confident we will pass a responsible bill in the very near future.