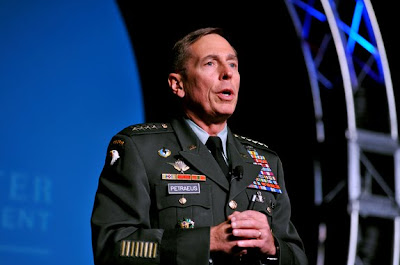 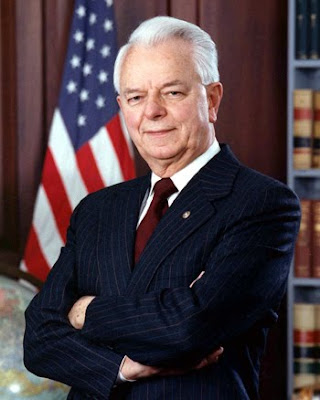 Top U.S. Commander in Afghanistan General Stanley McChrystal called back to Washington to explain controversial Rolling Stone Magazine comments - Source tells TIME’s that McChrystal already made offer to step down, leaving ultimate decision to Obama
Tuesday, June 22, 2010
. DoD file photo by Master Sgt. Jerry Morrison, U.S. Air Force
.
* Here’s the article by Michael Hastings that is posted today on the RollingStone.com website (and will appear in RS 1108/1109 Magazine from July 8-22, 2010) that has Washington and the rest of the country buzzing. It goes in part like this... Stanley McChrystal, Obama's top commander in Afghanistan, has seized control of the war by never taking his eye off the real enemy: The wimps in the White House...
Read this article in full at link below...
The Runaway General
.
* FoxNews.com has the following report and it starts off like this...
The media consultant who arranged the interview that got General Stanley McChrystal summoned to the White House has become the first casualty of the general’s candor... Duncan Boothby submitted his letter of resignation to the International Security and Assistance Force in Kabul early Tuesday morning. The civilian senior adviser played a critical role in arranging the interview Rolling Stone reporter Michael Hastings conducted with McChrystal, America’s top commander in Afghanistan, and his staff...
Read the rest at link below...
McChrystal's Press Aide Becomes First to Fall on His Own Sword
.
* Time.com has the following report...
McChrystal Offers Resignation; Obama Awaits Arrival
.
*****************************
.
McChrystal called to DC to explain Rolling Stone 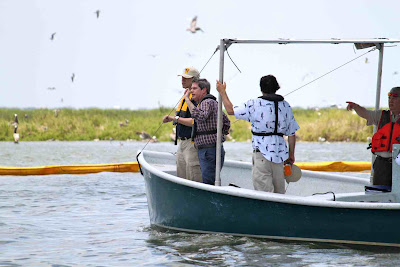 [U.S. Senator David Vitter from Louisiana] recently joined a Congressional delegation with some fellow members of the Senate Environment and Public Works Committee to assess the damage to our coast from the ongoing oil spill. [He] reminded [his] colleagues of the fragile state of our wetlands and urged them to help ensure that Louisiana has everything it needs to recover from this disaster.
More info on oil spill at vitter.senate.gov
Photo taken from vitter.senate.gov website
Posted by AubreyJ......... at 6/21/2010 05:06:00 PM No comments:

Email ThisBlogThis!Share to TwitterShare to FacebookShare to Pinterest
Labels: Gulf Of Mexico, Oil Spill, Photo for the Day

Email from U.S. Senator Davie Vitter
ObamaCare Raising the Price of
Health Coverage
Wednesday, June 16, 2010
.
Dear Friend,
.
President Obama insisted that under his health care bill, "if you like your plan, you can keep your plan." But it turns out that many health insurance plans will soon be changed under the Obama health care bill. The New York Times reported in an article on the health care reform bill that "some people, especially those who work at smaller businesses, might face significant changes in the terms of their coverage."
.
ObamaCare requires many health insurance plans to comply with new federal government regulations. Many Louisianans get their health care from their employer, but if those health care plans do not comply with the new federal rules, they will lose their protected status and fall under new regulation. In fact, the Obama Administration's own projections estimate that most small business workers will lose their protected status and have to obtain new, costlier coverage as a result of this new federal regulation.
.
I remain committed to reforming health care with measures that truly make health care more affordable through clear and concise solutions without threatening our nation's prosperity and freedom. The American people won't stand for this government takeover of health care, and I will continue to fight to repeal it and reverse the damage.
.
Sincerely,
David Vitter
U.S. Senator
Posted by AubreyJ......... at 6/16/2010 03:48:00 PM No comments: 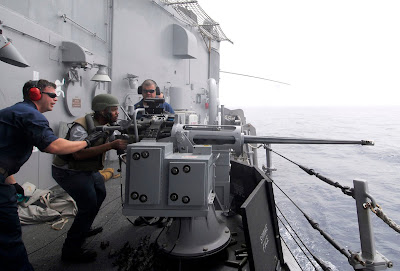 Afghanistan/Pakistan
On Ground Updates
Casualties Show Tough [past] Week in Afghanistan
Wednesday, June 16, 2010
.
This story originally posted on the DVIDS’ website 06/09/2010
WASHINGTON - It has been a tough week in Afghanistan with 23 servicemembers killed in attacks since Monday, [last week], including four killed when their helicopter was shot down in Helmand province, June 9th.
.
Operational tempo for NATO International Security Assistance Forces in Afghanistan is at an all-time high.
.
"There are more ISAF forces [in Afghanistan] than at any other time, so the level of activity is high and I think as we conduct our operations and engage with the enemy, obviously the opportunities for hostile contact have gone up," Pentagon spokesman Bryan Whitman said, June 9.
.
There now are about 94,000 U.S. servicemembers in Afghanistan with 48,000 allies. The number of U.S. troops in Afghanistan will grow to about 98,000 by September. The number of NATO and other allied troops also will increase.
.
NATO troops are entering areas in Afghanistan where they previously have not been. In cases such as in Marja, Helmand province, the Taliban had established a shadow government to rule the area and intimidate the people.
.
The oncoming summer season is the traditional battle time in Afghanistan. Winter is over and snow has melted in the passes. Crops have been sown and – in the case of poppies – harvested.
.
"We have active operations going on in Afghanistan and we have more forces there than we've ever had," Whitman said. "It is a period of time in which you'll see the Taliban try to conduct their own operations. While we conduct our operations carefully and try to mitigate the risk in all our operations, the fact of the matter is that we have taken casualties and we've taken quite a few this week. It's been a tough week."
.
U.S. and NATO commanders have stressed the importance of the civilian component in operations in Afghanistan. Civilian experts are key to economic and governmental progress.
.
The number of civilian experts in Afghanistan has risen and they are providing the advice and guidance the country needs. For example, the U.S. State Department has more people in Afghanistan than it ever has, Whitman said.
.
"If you talk to our military commanders, they are having a significant impact," he said. "We finally have some much more robust resources in that regard and they are having an effect."
.
The strategy in Afghanistan takes into consideration the differences among the different parts of the country. For example, Kandahar is a large city with a diverse population. It was the spiritual home of the Taliban and the home of Mullah Omar, the Taliban chief. Marja is a rural agricultural center.
.
Consequently, there are differences between the kinds of actions conducted in Marja, and those underway in Kandahar. Each operation is assessed by battlefield commanders and the actions they take are dictated by the situation on the ground.
.
However, the overall strategy of clear, hold and build applies to operations conducted in both Kandahar and Marja. This means that in both places the idea is to clear the area of the Taliban, hold the area so the group cannot get back in, and build the economic structure.
.
How this occurs will be tailored to the specific area. Officials continue to say there will not be a "D-Day" for military operations in Kandahar. In fact, the offensive against the Taliban there is underway.
.
Story by Jim Garamone - Office of the Secretary of Defense Public Affairs
.
........................
AubreyJ.........
Posted by AubreyJ......... at 6/16/2010 02:54:00 PM No comments:

Afghanistan/Pakistan
- On Ground Updates -
Afghanistan could become the “Saudi Arabia of Lithium”
Besides for having an abundance of Lithium... an abundance of Iron and Copper deposits could make Afghanistan one of World's Top Producers
Monday, June 14, 2010
.
* NYTimes.com brings us the following news today and it starts off like this... The United States has discovered nearly $1 trillion in untapped mineral deposits in Afghanistan, far beyond any previously known reserves and enough to fundamentally alter the Afghan economy and perhaps the Afghan war itself, according to senior American government officials... The previously unknown deposits - including huge veins of iron, copper, cobalt, gold and critical industrial metals like lithium - are so big and include so many minerals that are essential to modern industry that Afghanistan could eventually be transformed into one of the most important mining centers in the world, the United States officials believe...
Read the rest at link below...
U.S. Identifies Vast Mineral Riches in Afghanistan
.
* ABC News has the following take and it starts off like this... United States officials say a survey has uncovered at least $US 1 trillion in mineral deposits in Afghanistan, but there are doubts as to how the war-torn and graft-prone country can manage the windfall...
Read the full report at link below...
Afghanistan hits $1 trillion mineral motherlode
.
.................................................
.
Afghan Mineral Find May Be Worth $1 Trillion 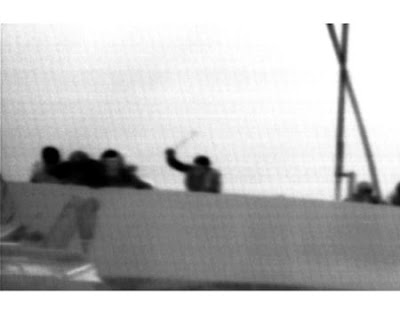 
About this video from FoxNews.com: Israeli PM Netanyahu says raid of Gaza flotilla was justified; accuses international community of hypocrisy............................................................................Also today, we find the following reports...
...* YnetNews.com has this report up on their website today. It goes in part like this... "We knew they were peace activists," [the Officer who led the IDF raid on Marmara said...] "Though they wanted to break the Gaza blockade, we thought we'd encounter passive resistance, perhaps verbal resistance - we didn't expect this. Everyone wanted to kill us. We encountered terrorists who wanted to kill us and we did everything we could to prevent unnecessary injury."...Read the full story at link below...
'20 people threw me from deck' .> Also from YnetNews.com today is the following article and it starts like this... Netanyahu defends raid on Gaza-bound flotilla in special speech, [from his office today], says if siege on Strip had been broken, hundreds more ships would arrive. 'There is an Iranian port in Gaza, which threatens Europe, other countries'...Read this report in full at link below...PM: I am proud of soldiers
………….....……….
Going to be one LONG a.. Summer!This is just the beginning of things to come...And I truly believe is the beginnings of the 2010 WARAubreyJ………
Posted by AubreyJ......... at 6/02/2010 06:40:00 PM No comments: