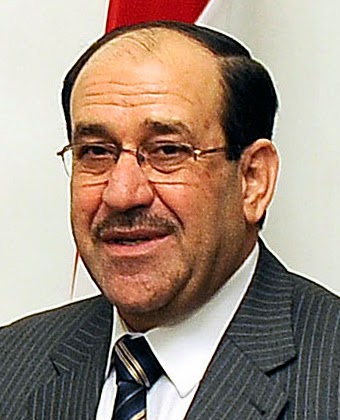 * WorldMAg.com brings us the following report and it starts off like this…
Nouri al-Maliki, Iraq’s Prime Minister for the past eight years, announced today he would relinquish his role to fellow Shiite and Dawa Party member Haider al-Abadi… With Sunni-based terrorist group ISIS, also known as Islamic State, threatening the outskirts of Baghdad, Iraq’s President Fouad Massoum asked al-Abadi to take over as prime minister Monday. The president and world powers have more confidence in al-Abadi to build a cooperative government to combat ISIS…
Read the full report HERE
Above DoD photo by Master Sgt. Jerry Morrison, USAF

Terrible Blow To US Military - Two-Star General Assassinated in Afghanistan

U.S. Army Brig. Gen. Harold J. Greene, (a two-star General)
Official US Army Photo
.
Two-star U.S. ArmyBrig. Gen. Harold J. Greene was killed today, Tuesday, August 05, 2014 along with a dozen other people being wounded, (reportedly including a German General), all by a one man ambush, who is believed to have been an Afghan soldier. The shooting took place at a major military training center in Kabul.
.
* Daily Mail Online has good reporting with photos, videos and more, HERE
* CSMonitor.com also has a report HERE
.
………………………….
In Memory of…
AubreyJ………