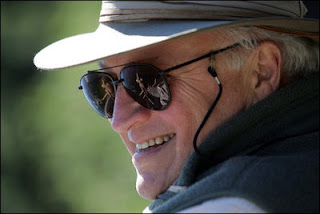 In 2010, Mr. Cheney had a Left Ventricular Assist Device implanted for treatment of end stage heart failure. The former Vice President has been on the cardiac transplant list for more than 20 months.
.
Although the former Vice President and his family do not know the identity of the donor, they will be forever grateful for this lifesaving gift.
.
Former Vice President Cheney is thankful to the teams of doctors and other medical professionals at Inova Fairfax and George Washington University Hospital for their continued outstanding care.
.
…………………………….
Our thoughts and prayers go out to Mr. Cheney and his family.
FAST RECOVERY!!!
AubreyJ………
.
OLD White House photo of former VP Dick Cheney by David Bohrer
.
Posted by AubreyJ......... at 3/24/2012 09:55:00 PM No comments: 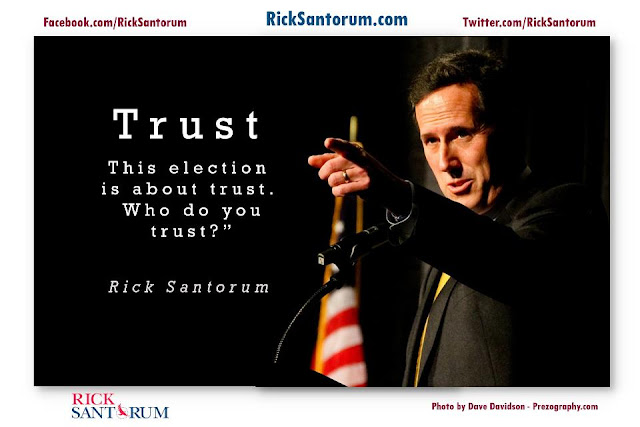 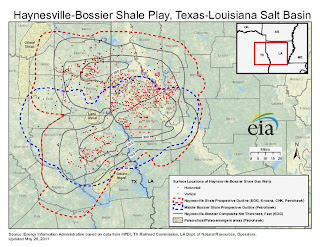 Let’s take that a little bit further and go worldwide with it. As of today… right now… on Thursday, March 22nd, 2012… the Haynesville Shale is one of the TOP TEN Producing Natural Gas Fields in the ENTIRE WORLD! Now how cool is THAT!!!?
.
Here are some more fun facts for ya… Over the past three years, Chesapeake Energy Corporation, alone… is reported to have distributed over $14 billion in payments to lease and royalty owners throughout the United States. LOTS of that money, I might add, went into the local Ark-La-Tex area too!
.
This alone created many a local farmer to become first time Millionaires and if not that… well let’s just say many of them got a LOT wealthier from their Mineral Rights and such.
.
All in all… the Haynesville Shale has truly shown to have made a VERY positive economic impact benefitting all of northwest Louisiana, generating billions of dollars in new business sales and providing MANY a tens of thousands of new jobs. With this huge amount of money being injected into the local economy, northwest Louisiana was actually spared from the worst effects of the National Slowdown that hit us so hard just a few years back.
.
With that said… Question! In the not… toooo far off future, which of the following would you rather buy from? A Natural Gas fed Power Plant or one of President Obama’s proposed Wind Farms.
.
Wind you say? I’m SORRY! There’s really nothing good coming out of all that, at all.
.
Just ask yourself… Why did Mr. T. Boone Pickens BAIL on his Wind Energy Investments a few years back? Back when that was all you ever heard about in the news, everyday. Something even Obama was pushing hard for himself, I might add. (Ohhh yeah… That’s right… Obama is STILL pushing for all of that!) Well…  After losing $150 million a few years back, from his investments in Wind Energy, (Obama… Sound familiar!!!?) Mr. Pickens decided, and likely so, that alternative energy like Wind wasn’t going to be our bridge to an oil-free future, at least not for some years to come.
..
Truth be told… Mr. Pickens did give Wind a good go. But after he got DEEP into it and the facts started coming in… along with all those bad numbers, the cost of doing business and the Millions in losses… WELL -- Mr. Pickens got the message, loud and clear. And that message was… Wind is a GREAT Idea! Sadly its time is not yet here… and not going to be either for some years to come.
.
Mr. Pickens also came to the conclusion that with all these NEW and improved technologies we now have in drilling… Fracking for one if I may, it was time to start using all that to produce CHEAP Natural Gas! And that I might add is just what has been going on for the last few years and by many of the major U.S. Oil/Gas Companies.
.
By using these new technologies, we have found many a MAJOR Natural Gas Field around this great country of ours, the Haynesville Shale being the largest. And with all this new Natural Gas coming on line and flooding the markets… well… prices fell like a rock in a pond, HITTING BOTTOM!
.
I think we can all remember that it wasn’t but just a few years back that Natural Gas was costing over $15.00 a thousand cubic feet! After the markets got flooded and after an extra warm winter this year… Natural Gas prices have bottomed out and as of the last time I looked, today… it had locked into a trading range for the last two weeks from between $2.20 and $2.40. (And Obama say’s Drill Baby Drill won’t do any good on Oil/Gasoline prices. What the heck does he think happened with NATURAL GAS? The NG Fairy appeared and prices just, DROPPED!!!)
.
Now, just think about this… All those Natural Gas Fields we have found of late are 100% OURS… And ALL were found in the good old USA!
.
I’d say it’s about time we start using this cheap energy of ours, NOW… There are so many of our energy needs today that can use Natural Gas, in one form or the other. And yes… use it we may for many, MANY… decades to come.
.
President Obama hasn’t got this message I guess. Well… more like he didn’t WANT to get it. Sadly for us, President Obama never will get it either! Face it… He really is a lost cause when it comes to thinking through our National Energy Policy and the bettering of America, TODAY! The man is Anti Oil/Gas for heaven sakes.
.
Anyway… facts are facts. And as of right now… Cheap technology just isn’t in the cards yet for Wind. (As far as that goes, Solar has been having its run of troubles of late too.) And with NO foreseeable way to get cost down for the developers or you, the consumer… one would literally end up paying twice or more on their electric bill from WIND verses Natural Gas.
.
I’ll end with this bit of thought by Co-Founder, Chairman and CEO of Chesapeake Energy Corporation, Aubrey K. McClendon who has commented in the recent past…  What's the human cost to doubling electricity prices? What's the human benefit to halving them? I think those are enormously important questions that are never imposed at the same time people say, ‘Fracking is bad.’ (Yes there has been a world of overhyping, false reporting and more on Fracking. That will have to be left for another Post.)
.
For now… NO--
Fracking… GOOD!
President Obama’s Energy Policies…
Freaking BAD man!!!
.
AubreyJ.........
Aubrey J. Fawcett
AubreyJ.org
Posted by AubreyJ......... at 3/22/2012 06:56:00 PM No comments: 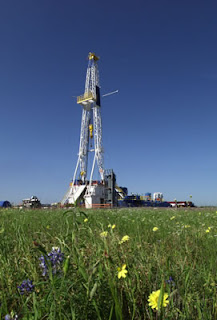 … Our industry invests billions of dollars to ensure our operations are conducted in an environmentally responsible manner. However, with more than a dozen federal agencies in your Administration proposing, planning or implementing new regulations -  for little or no environmental benefit - there is considerable risk that increased costs and bureaucratic delays will cripple America’s energy production and halt the renaissance underway in our nation’s steel, plastics, chemical and agricultural industries.
.

The newfound abundance of oil and gas in America creates for the first time in 50 years the opportunity to break OPEC’s headlock on the American economy and reinvigorate America’s industrial foundation.
.
Mr. President, your words suggest you want the economic benefits American natural gas and oil can deliver. We hope your actions follow suit - to date they have not.
Read the letter in full, from the beginning HERE
.
The above op-ed was first published by The Oklahoman on March 21, 2012
It was written by Harold Hamm, Aubrey McClendon, Larry Nichols and Tom Ward. These 4 authors lead Oklahoma City-based large independent oil and gas exploration and production companies… Continental Resources, Chesapeake Energy, Devon Energy and SandRidge Energy
Image Credit Chesapeake Energy
.
………....…………
Not bad… Not bad at all!
SADLY, knowing President Obama by his actions of past… or should we say non actions of… All will be on closed ears… and mind.
GREAT TRY THOUGH…
AubreyJ………
ROMNEY2012
.
Posted by AubreyJ......... at 3/21/2012 07:16:00 PM No comments: 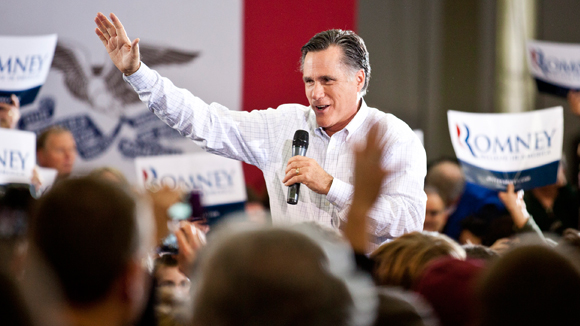