U.S. Investigates Terrorist  Attack - Department of Homeland Security Kicks Aviation Security up a Notch
Friday, October 29, 2010
.
Good Friday afternoon everyone... I see that the men and women in charge of our Homeland security are still on their toes. That must mean President Obama and the Dems haven’t gone and screwed everything up... Yet!!!
.
Here’s what we got so far on this possible threat...
.
Authorities in Dubai intercepted an explosive device bound for a Chicago-area Jewish institution aboard a cargo jet, officials disclosed Friday, triggering a worldwide alert and fears that al-Qaida was attempting to carry out fresh terror attack... A second package - like the first, shipped from Yemen - was discovered aboard a plane in England. It, too, was addressed to a Jewish organization in the Chicago area, although there was no immediate confirmation about its contents... Several other cargo planes at airports along the Eastern Seaboard of the United States also were searched, and officials said no explosives were found. An Emirates Airlines passenger jet carrying cargo from Yemen was escorted from the Canadian border to New York City by two military fighter jets, U.S. officials said. They said it was a precautionary action... President Barack Obama arranged to make a statement about the developments at the White House. Aides said he had been informed about a "potential terrorist threat."...
Read the rest of this AP report at link below...
Explosive found in Dubai, part of US terror probe

Discovery STS-133 Still On Track for a November 1st Launch 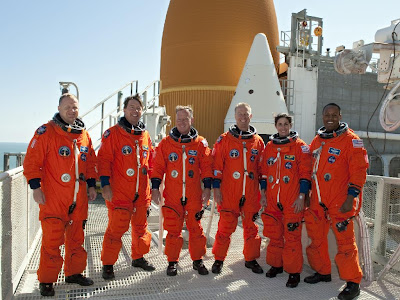 Monday, October 25, 2010
Hello gang...
Hope all had a GREAT weekend! We sure did... Even got some good ran last night, but just a little too windy for me.
Anyway... Here’s an interesting read by Ted Purlain that I ran across this afternoon on the BioPrepWatch.com website that I thought you all just might like... It goes in part like this... The 392,000 documents [released by the WikiLeaks organization] have hundreds of references to chemical and biological weapons over the period of the war, Wired reports. Most of them are intelligence reports or suspicions of WMD that did not exist, but in several cases, U.S. troops encountered very real dangers... Soldiers found stored blister agent in 2004 and then found mustard gas three years later in artillery shells under an Iraqi Community Watch checkpoint. In the second battle of Fallujah, American troops came across a house that was being used as a chemical lab and were called to dispose of another chemical weapons cache later in the battle, Wired reports...
Read the full report at link below...
Leaked logs show Iraq pursued bioweapons 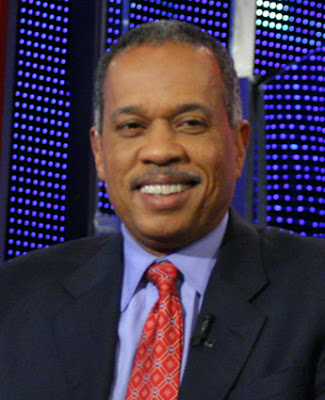 Image taken from Fox News Bios - Juan Williams
.
I’ll start today’s post off by simply saying I cannot believe that the folks at NPR fired our friend Juan Williams for his comments made about Muslims during an open discussion with O’Reilly and other guest on “The O'Reilly Factor” the other night.
.
What jackasses the heads of the National Public Radio must be and what chicken Sh^%*Ts they are to go and fire the man, over the phone... and not to his face or by even giving him a chance to defend his statements!
.
Juan Williams' firing should be a wake-up for all of us and it comes just in time for the mid-term elections too. I agree with Richard Grenell and his take in an article he wrote today in the Huffington Post...
New Republican Congress Should Stop Funding NPR
.
I also enjoyed Newt’s take on all of this in an article I found HERE at FOXNews.com which goes in part like this... "I think the U.S. Congress should investigate NPR and consider cutting off their money," said Former House Speaker Newt Gingrich, who is also a
Fox News contributor... Gingrich called the firing "an act of total censorship."... "I think the whole idea that if you honestly say how you feel about Islam -- what he said was very balanced, people should read what he actually said -- the idea that that's the excuse for National Public Radio to censor Juan Williams is an outrage and every listeners of NPR should be enraged that there's this kind of bias against an American," Gingrich said...
.
Here’s more on Juan’s firing below...
.
* FOXNews.com also has this great read posted up on their website this Thursday afternoon and it starts off like this... From calling Tea Party members “Tea Baggers,” to saying that "the evaporation of 4 million" Christians would leave the world a better place, to suggesting that God could give former Sen. Jesse Helms or his family AIDS from a blood transfusion, NPR's personalities have said some pretty un-PC things in the past. A look at the record reveals no shortage of intolerant statements and unbalanced segments on the publicly sponsored network's airwaves... Here's an incomplete list of questionable and controversial content that has aired on NPR or has been uttered by its employees: Click it out at link below...
A Brief History of NPR's Intolerance and Imbalance
.
* NPR.org reports their SCREW-UP this way, if you can even stand to even click on their link... Since we first put this post up at 8:38 a.m. ET, the story of the termination of news analyst Juan Williams' contract with NPR over remarks he made on Fox News Channel about Muslims has only gotten hotter...
Read the rest at link below...
Juan Williams: My Words Were 'Not A Bigoted Statement'
.
* Another good read today at FOXNews.com is this article written by Juan Williams himself. It starts off like this... Yesterday NPR fired me for telling the truth. The truth is that I worry when I am getting on an airplane and see people dressed in garb that identifies them first and foremost as Muslims... This is not a bigoted statement. It is a statement of my feelings, my fears after the terrorist attacks of 9/11 by radical Muslims. In a debate with Bill O’Reilly I revealed my fears to set up the case for not making rash judgments about people of any faith. I pointed out that the Atlanta Olympic bomber -- as well as Timothy McVeigh and the people who protest against gay rights at military funerals -- are Christians but we journalists don’t identify them by their religion... And I made it clear that all Americans have to be careful not to let fears lead to violation of anyone’s constitutional rights, be it to build a mosque, carry the Koran or drive a New York cab without fear having your throat slashed...
Read the rest of Juan’s article at link below...
JUAN WILLIAMS: I Was Fired for Telling the Truth
.
..........................................
.
Only thing Juan Williams is guilty of is saying, out loud, what almost all Americans are thinking...
You GO Juan!!!
AubreyJ.........
Posted by AubreyJ......... at 10/21/2010 06:58:00 PM No comments:

1:08am CDT
.
So far so good...
.
The 4th of 33 miners has just now got on top and what an experience it has been to watch. Not only for all those there but for all of us around the world who have been watching on the edge of our seats!

So... what do you think about all this?
.
Yeah... Me too... I’ve been glued to my laptop and TV intently all night and need to call it a night. But that’s hard to do with all this JOY happening live.

Only one thing has been driving me nuts though. Would someone down there in the mine PLEASE upright that video camera!!! LOL

I know by now you have had to noticed that the rescue capsule is always leaning/slanted much to the right in the camera shots from within the mine. 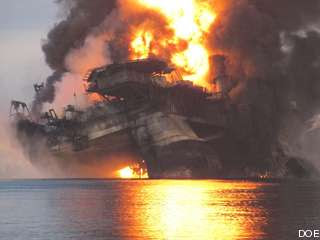 File photo by DoE
...
* USAToday.com brings us the following report early this Tuesday morning and it goes in part like this... "We getting close to having in place something that would likely allow us to lift that moratorium," White House spokesman Robert Gibbs told reporters today. "This process I believe will wrap up very soon."...
Read this report in full at link below...
Obama aide: Oil drilling moratorium may end 'very soon'
.
* NYTimes.com has this take on today’s news... The Obama administration on Tuesday plans to announce that it is lifting the moratorium on deep-water oil drilling, after putting in place new rules intended to tighten safety...
Read the rest at link below...
White House to Lift Ban on Deep-Water Drilling
.
* TPMMuckraker reports it this way... White House Press Secretary Robert Gibbs told reporters today that the deepwater drilling moratorium will likely be lifted soon, and as early as this week... That's earlier than the original Nov. 30 end-date for the moratorium, which bars oil and gas companies from drilling new deepwater wells in the Gulf of Mexico during the ongoing investigation of the Deepwater Horizon explosion and subsequent, massive oil spill...
Read this report in full at link below...
WH: Drilling Moratorium Will Be Lifted Soon
.
The way it was so many months back...
Boston.com had this report in Photos on the way things were back on April 30, 2010...
Click out all these Photos and more HERE
.
..............................
AubreyJ.........
Posted by AubreyJ......... at 10/12/2010 12:35:00 PM No comments:

Email ThisBlogThis!Share to TwitterShare to FacebookShare to Pinterest
Labels: Videos

In The Fight: Episode 43
Originally posted September 29, 2010
Video by Travis Sauls
This episode features stories on U.S. forces adjusting to their new roles in Iraq as Operation New Dawn begins, the U.S. military continuing its relief efforts in Pakistan, an aero-medical team transporting wounded warriors from the front lines, Army Soldiers disrupting Taliban activity on the Afghan-Pakistan border and a deployed service member pressing on while his family perseveres at home.

Email ThisBlogThis!Share to TwitterShare to FacebookShare to Pinterest
Labels: Afghanistan/Pakistan: On Ground Updates, DVIDS, In The Fight, Iraq, News Videos 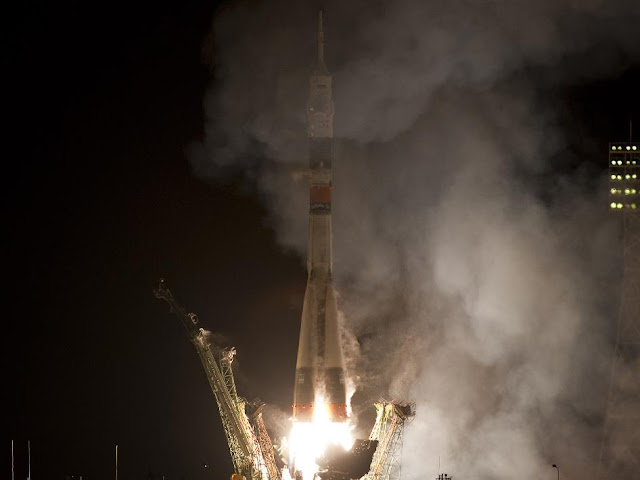 Funnies: What can run but never walks...