42- Presidential Race 2012 - Department of Labor Reports only 96,000 new jobs created in August - Hundreds of thousands have given up looking for jobs altogether - Romney’s take 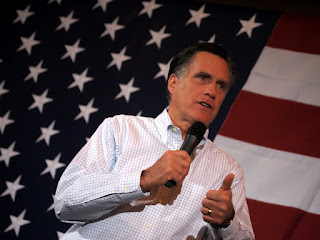 File photo from Mitt's Official Campaign Website
.
Friday, September 07, 2012
.
* FOX News brings us the following report that starts off like this… The latest Labor Department report showing a continuing decline in job growth in America shows President Obama has run out of ideas, Mitt Romney told Fox News Channel in an exclusive interview a day after the president wrapped up the Democratic National Convention… The GOP presidential nominee's comments came hours after the Department of Labor report showed only 96,000 new jobs created in August - and hundreds of thousands have given up looking for jobs altogether… "It's another disappointing monthly figure," Romney told Fox News Channel's Bret Baier in Sioux City, Iowa, a day after President Obama wrapped up the Democratic National Convention in Charlotte, N.C. "If you look over the last several quarters, last several years, you see the continued pattern which is that we are not creating the jobs we need to create to put Americans back to work. For every net new job created, about four people dropped out of the workforce. So we're going in the wrong direction."…
Read the full report HERE
………………
AubreyJ………
ROMNEY/RYAN2012
.
Posted by AubreyJ......... at 9/07/2012 04:45:00 PM