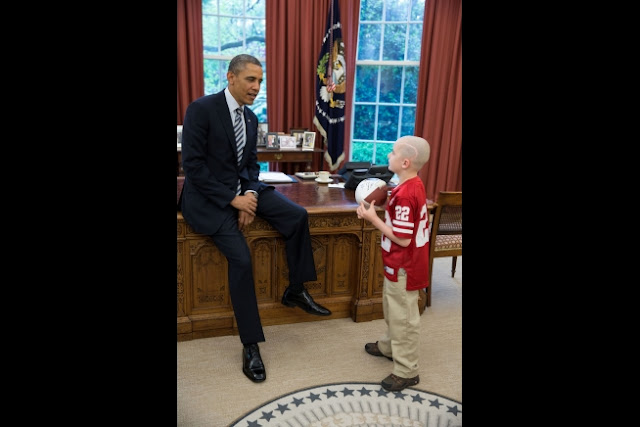 President Barack Obama greets Jack Hoffman, 7, of Atkinson, Neb., in the Oval Office, April 29, 2013. Hoffman, who is battling pediatric brain cancer, gained national attention after he ran for a 69-yard touchdown during a Nebraska Cornhuskers spring football game. Hoffman holds a football that the President signed for him.
Official White House Photo by Pete Souza
…
See YouTube Video below...
Jack Hoffman with a 69 yard touchdown
in the 2013 Nebraska Spring Game
This video posted on YouTube by HuskerAthletics
………..……
AubreyJ………
.
Posted by AubreyJ......... at 4/30/2013 12:34:00 PM