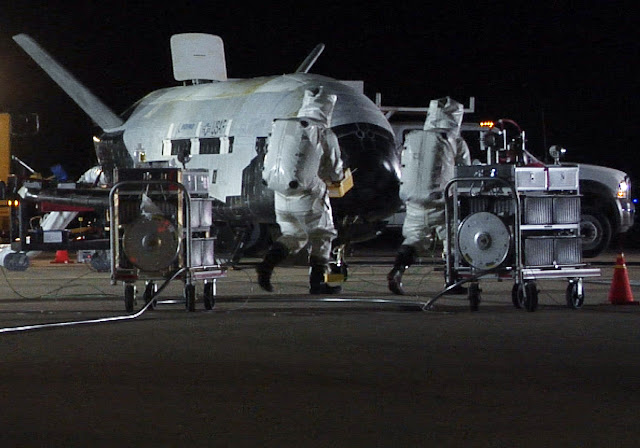 
The X-37B, named Orbital Test Vehicle 1 (OTV-1), conducted on-orbit experiments for more than 220 days during its maiden voyage. It fired its orbital maneuver engine in low-earth orbit to perform an autonomous reentry before landing.


The X-37B is the newest and most advanced re-entry spacecraft. Managed by the Air Force Rapid Capabilities Office (AFRCO), the X-37B program performs risk reduction, experimentation and concept of operations development for reusable space vehicle technologies.


"Today's landing culminates a successful mission based on close teamwork between the 30th Space Wing, Boeing and the Air Force Rapid Capabilities Office," said Lt Col Troy Giese, X-37B program manager from the AFRCO. "We are very pleased that the program completed all the on-orbit objectives for the first mission."


OTV-1's de-orbit and landing mark the transition from the on-orbit demonstration phase to a refurbishment phase for the program.