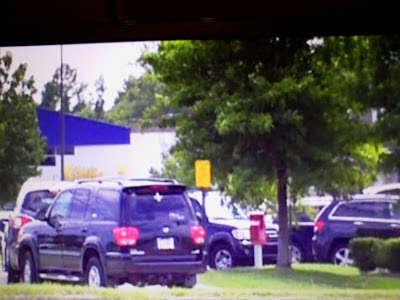 Image pull by me, AubreyJ
Former Arkansas Governor Mike Huckabee created a counter to the boycott launched by Gay Marriage Activists last week by starting Wednesday’s Chick-fil-A Appreciation Day through his FaceBook page. And MAN… it was some KIND of an awesome success too!
I for one say GREAT JOB Mr. Huckabee!
Post Date: Thursday, August 02, 2012

.READ lots more, with more videos too at…
ABCNews.com
Above news video also by ABC NEWS
....................................
Locally, in my hometown of Shreveport, LA…
On Wednesday, August 1st, at lunchtime on up till sometime after 5:00pm CDT, (when the store finally had to CLOSE due to low supplies,) I’d have to say many, MANY a thousands of supporters packed the Shreveport Chick-fil-A restaurant on Youree Drive, right off of 70th, causing traffic to back up on Youree, all the way down parts of 70th at times.
.
My wife Amy and I drove by the Youree store around 12:30pm and I’m telling ya, it was a sight to see! But when we finally got back home and got my video camera, and went back around 3:00pm to shoot some video… it wasn’t near as chaotic as earlier but the place, inside and out, was STILL packed!
…………………..
.
Again I say, GREAT JOB Mr. Huckabee!
.
And while I’m at it… why in the heck is it said by so many on the left that one is a gay basher/hater when they say they are against gay marriage?
.
Religious and moral rights still hold true to the peoples of this great country of ours the last time I checked.
.
I for one am a STRONG supporter of marriage only being between a man and a woman. But like MOST, I have nothing against most gays.
.
I too have gay friends and I must say I like them a lot. They are really good, nice and decent people and I’m proud to say they are my friends. Even have some in my family tree, again like many others. But my belief on marriage does still strongly differ from those on the pro-gay marriage side. Gay Bashers, though!!!? Come on man… Give us a break!
.
The left really needs to grow up. But… that’s not happening anytime soon… is it?
.
AubreyJ………
ROMNEY2012
.
Posted by AubreyJ......... at 8/02/2012 09:32:00 PM