Romney/Obama Presidential Debate #1
The First of Three Debates between Romney and Obama
Will Start at 8:00pm CDT, Wednesday, 10/03/12…
Original Post Date:
Monday, October 01, 2012
.
The much anticipated 1st debate between Governor Mitt Romney and President Barack Obama will be held this Wednesday, October 3rd and it will be broadcast at 8:00pm, CDT on ABC, CBS, FOX and NBC, as well as all the cable news channels including Fox News, CNN and MSNBC amongst others.
. 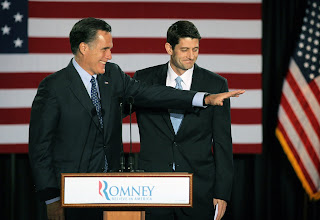 Jim Lehrer, the host of ‘News Hour’ on PBS, will be our Debate Moderator and it should last around 1 ½ hours.
.
The first debate is said to focus on domestic policy but I hope they also get into the protests and terror attacks that killed our Libyan Ambassador and three others.
.
Now… this will be the first time for all of us voters to finally get a one on one, where the two candidates take it to each other, face to face, challenging each other on their own personal views.
.
What once was believed to be the main issue of this election year, our faltering economy and all that goes along with it, has now given way to a National Security debate too.
. 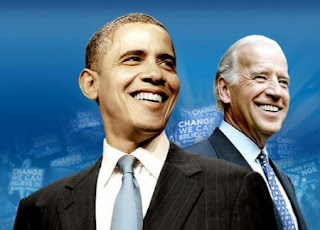 A few weeks ago… why did the Obama Administration come out as they did over the protests and the Terror Attacks that killed our Libyan Ambassador and three others?  Was there a White House Cover-Up?  Did the White House deliberately mislead the American people for political gain?  Did Romney speak fact or fiction just hours after the attacks were known?  Did Romney speak out to soon?  Did he speak out of turn?  These are a few things I hope both candidates are forced to address in Debate #1 and neither allowed to heehaw around on the topic if it comes down to it.
.
With that said, no matter how the first debate goes down…  May the best man WIN!  Governor Mitt Romney of course!!!
……
POST UPDATE:
Wednesday, October 02, 2012
10:00pm
And after Debate #1
.
Hello gang. Wasn't that one of the best Presidential Debates you have ever seen!!!? I just pray that the next 3 debates, and yes, that is counting the VP Debate next week, cuts the men loose and let them talk it out between themselves like they did tonight.
.
It was a bit of fresh air to hear both men talk for once, pretty much unchecked… without having all those lights and time count downs and those annoying buzzers!
.
I for one thought both men looked very much at ease tonight, in their own skin if I may… and neither seemed to make any mistakes.
.
The knowledge of ALL the topics by both men was very impressive to me. But if you read any of the main papers in the morning… more than not they will give Mitt Romney a BIG WIN for tonight’s performance!
.
I’ll end by saying this… I can’t wait until the next Debate begins. Ryan should be dynamite!
.
AubreyJ………
ROMNEY/RYAN2012