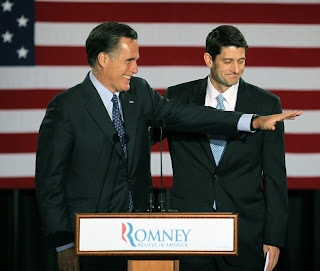 
………………..
.
Post Update:
10:45pm CDT
.
Dang, I thought Obama was going to come out and BITE Romney with that dead dog stare he was giving him all night long. Had me scared! Lol… But not my man Romney. He hung in there the whole 1 ½ hrs with that calm smile and just being very Presidential all night.
.
To me Obama seemed like a Chicago thug most of the night. Romney on the other hand stayed above the fray the entire debate and definitely passed the Presidential test.
.
Who won? Well… I give it to Romney and I do so simply because Obama was such an ass at times… But even without that, I would still give it to Mitt for he came into tonight to do what he meant to do. He didn’t screw up… he didn’t fall into any of Obama’s lead-in tricks and he really looked more Presidential than the President did! Poor Obama, that’s gotta hurt!
.
With all that said… I would imagine that most of the average folks out there, who do not pay much attention to this kind of stuff, probably got board early on tonight without the back and forth fireworks like we had in the last debate. But man… I loved it!
.
GREAT JOB MITT ROMNEY!
The next President of the United States!!!
.
AubreyJ………
ROMNEY/RYAN2012
.
Just two more weeks till Election Day!!!
.
Posted by AubreyJ......... at 10/22/2012 01:08:00 PM