Yemen: On Ground Updates
Dozens of al Qaeda Members in Yemen have been killed by the country's Armed Forces in the last two attacks this month
Wednesday, December 30, 2009
.
Hello everyone...
This is the first report, of many more to come, of current events coming out of Yemen. This is a LONG WAR we find ourselves in today... with many battlefields. Yemen is just a small piece of a larger... of the WAR on TERROR.
Let’s get started off with the following News Article from CENTCOM...
HAPPY NEW YEAR EVERYONE!!!
................
Pentagon Praises Yemen for Stand Against al-Qaida
Originally posted on December 28th 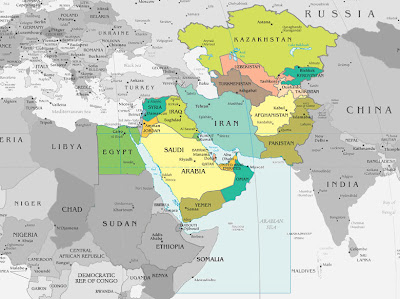 Map courtesy of CENTCOM
.
The Yemeni government deserves praise for taking on the al-Qaida threat in that country, a Defense Department official said Monday.
.
The Yemeni government took full credit for strikes against al-Qaida hide-outs and training sites Dec. 19. U.S. officials have been concerned that al-Qaida has been increasing in Yemen.
.
“The fact of the matter is that Yemeni officials and government ought to be commended for taking on the al-Qaida threat that exists in their country,” Pentagon spokesman Bryan Whitman said today. “Yemen has a growing al-Qaida threat and the government has taken the important steps to address it.”
.
The Yemeni government said the strikes were a success, but there has not been an accounting of casualties in the strikes.
.
The Defense Department has worked with Yemen to train their forces. The United States spent roughly $67 million to train Yemeni troops in counterterrorism operations, Defense Department officials said.
.
Meanwhile, there haven’t been “any substantial increases in our training with Yemen over the past few months,” Whitman said.
.
U.S. training with Yemen runs throughout the year and includes land, air and maritime scenarios. These exercises generally are small-scale events that last a couple of weeks at a time. The number of trainers involved fluctuates depending on the training, Whitman said, noting the exercises do not run back to back.
.
Defense relations between Yemen and the United States are good. Yemeni servicemembers participate in the International Military Education and Training program and the United States has transferred military equipment and spare parts to the country.
.
In fiscal 2006, U.S. Foreign Military Financing for Yemen was $8.42 million, International Military Education and Training was $924,000, and Non-Proliferation, Anti-Terrorism, Demining and Related Programs was about $1.4 million.
.
Taken for a DoD, American Forces Press Service news article - Written by Jim Garamone
.
...................................................
.
* Reuters.com had this informative report posted up on their website early this Wednesday afternoon and it starts off like this... The United States is looking at ways to expand military and intelligence cooperation with the government of Yemen to step up a crackdown on al Qaeda militants believed to be behind a failed plot to blow up a U.S. passenger jet, American officials said on Wednesday... President Barack Obama has vowed to bring "every element" of U.S. power against those who threaten Americans' safety, but offered no specifics... Pentagon spokesman Bryan Whitman declined to comment on any "military planning," but called a television report that the United States was preparing for possible retaliatory strikes "grossly exaggerated."...
Read their report in full at link below...
U.S. seeks to boost Yemen for expanded al Qaeda fight
.
* CNN.com had the following report posted up on their website late this Wednesday morning and it starts off like this... Airstrikes against al Qaeda targets in Yemen will be carried out only by the country's armed forces, the Yemeni foreign minister said Wednesday... Asked whether the country would need support from U.S. airstrikes, Abu Bakr al-Qirbi told CNN, "No, we don't need that." However, he acknowledged that Yemen will "need the technical and the intelligence information to undertake these attacks," he said... After Umar Farouk AbdulMutallab's alleged attempt to blow up a Northwest Airlines flight December 25 -- an action that al Qaeda in the Arabian Peninsula claims it organized -- the United States and Yemen are now looking at fresh targets in Yemen for a potential retaliation strike, two senior U.S. officials told CNN on Tuesday...
Read the full report at link below...
Yemeni diplomat: Yemen can carry out airstrikes against al Qaeda
.
* Reuters has the following short report posted up on their website early this afternoon. It starts off like this... Yemeni security forces clashed with al Qaeda fighters in western Hudaydah province on Wednesday, wounding several, a Yemeni official said...
Read the full report at link below...
Yemen says forces clash with Qaeda, seize militant
.
* 89.3 KPCC/Southern California Public Radio had this report, with Audio, posted up on their website on the 29th... The attempted bombing of a Northwest Airlines flight on Christmas Day has thrown a spotlight on the nation of Yemen, after an al-Qaida group that's based there claimed responsibility for the foiled attack. But the United States had already been ramping up its operations in Yemen to counter the al-Qaida threat there...
Read the rest at link below...
U.S. Has Long Kept Watchful Eye On Yemen
Above link has Audio report...
.
***************************************
.
Terrorist Hot Spots
.