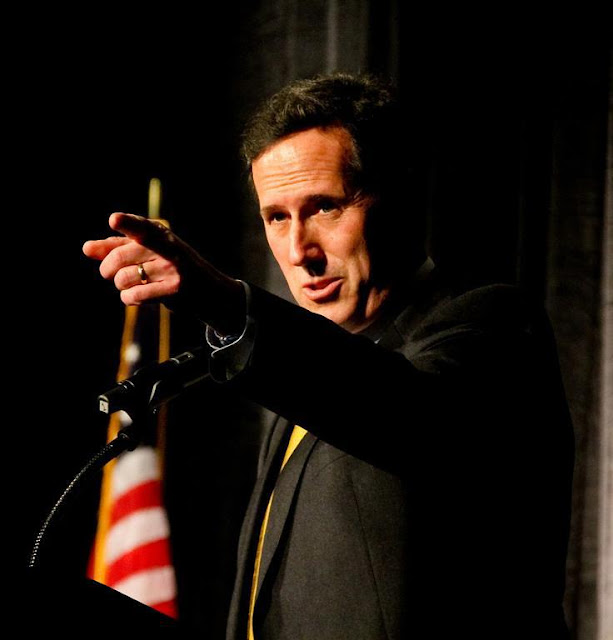 I’d give the overall winner for this round to RICK!
Santorum file photo from his official campaign website
….
The Three States Winner is…
- Minnesota Caucuses: Rick Santorum
- Missouri Primary: Rick Santorum
- Colorado Caucuses: RICK SANTORUM -- Upset!!!
Rick Runs The Board!!!
* Keep up with the latest at FoxNews.com
Track all three race results in real time at links below…
* Colorado Caucuses
* Minnesota Caucuses
* Missouri Primary
NOTE: Sadly, Newt failed to file for the Missouri Primary
and was NOT included on said ballot
.
………………………..……..……………
.
Congrats go out to Rick Santorum on a GREAT showing tonight! Your Campaign strategy seems to be paying off with some well needed dividends for you. But I might add this game is just getting going good so good luck the rest of the way.
.
Rick, hope you have some very thick skin my friend for the Romney campaign’s HELL Dogs will now be barking for you after tonight’s VERY strong showing. You haven’t had any of that as of yet either I might add. I truly do hope you handle the coming fireworks much better than my man Newt did.
.
Mitt… just wasn’t the kind of finish you were expecting tonight, down the board, especially in Colorado!!!? I mean you just didn’t have anywhere near the results like you did back in 2008 against McCain. Not by a LONG shot!
..
Newt… Newt… Newt… Need some WINS my man… and some REAL good Debate performances in the upcoming CNN Debates too! If not… I see no way for us to ever get you back on top.
.
Now… there will only be one Debate this month and it will be held in Arizona on Monday, February 22nd. CNN will host this Debate at 7:00pm CST. CNN will also sponsor another Debate a little over a week later, on March 1st in Georgia. Not sure of time but would think it too would start at 7:00pm CST. Lol… if not on, would you believe 8:00!!!?
.
With that said… It’s off to the Maine Caucuses we go and they will be held this Saturday, February 11th.
.
Finally… we end the month on a Tuesday, February 28th with the Arizona, Michigan Primaries.
.AubreyJ………
NEWT 2012
.
Posted by AubreyJ......... at 2/07/2012 11:54:00 PM