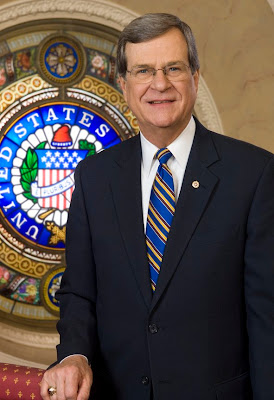 Sen. Trent Lott's brother-in-law, Richard "Dickie" Scruggs, a high profile trial lawyer best known for suing big tobacco and insurance companies, has been indicted on bribery charges... Several media outlets are reporting the news about Scruggs, who has been accused of trying to bribe a Mississippi Judge...
Read this story in full at Politico.com
Senator Trent Lott's official photo, 2007
Posted by AubreyJ......... at 11/28/2007 10:11:00 PM