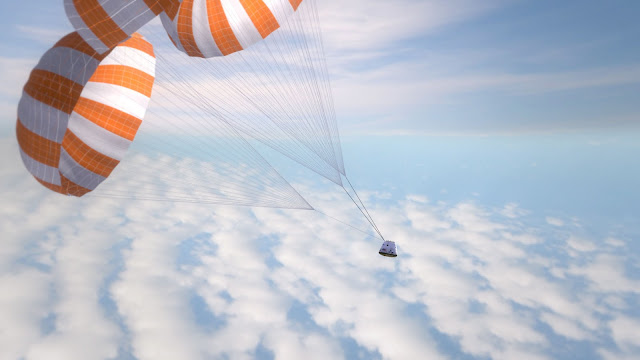 Image Credit: SpaceX
….
The Expedition 31 crew of the International Space Station spent much of the day Tuesday working with the SpaceX Dragon cargo vehicle, reviewing procedures for the departure of the first commercial spacecraft to visit the station and packing it with items for return to Earth.
.
Dragon, which delivered 1,014 pounds of non-critical cargo on its demonstration flight to the station, was cleared unanimously Tuesday by the station’s Mission Management Team for unberthing early Thursday.
.
In reverse order of how Dragon was captured and berthed Friday, the crew will use the station’s Canadarm2 robotic arm to detach the vehicle from the Earth-facing port of the station’s Harmony node at 4:05am, move it away from the station and release it at 5:35am for return to Earth. The SpaceX team in Hawthorne, Calif., will run Dragon through about five hours of orbital operations before commanding it to a splashdown for recovery off the California coast.