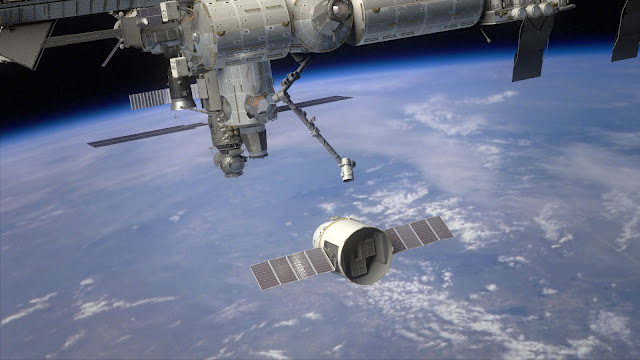 Image Credit: SpaceX
….
While we wait for Friday’s Hookup
Watch some LIVE Video from the ISS
Note: Video feed may cut off from time to time, but check back… It’s on more than not!

WATCH NASA TV at link below this video for the LIVE Coverage
Scroll down for NASATV
*******************************
.
POST UPDATE:
Well good early Friday morning, all…
Dragon Authorized to Proceed Toward Station
Friday, May 25, 2012 - 01:27am CDT
.
The International Space Station mission management team completed a thorough review of the progress of the SpaceX Dragon spacecraft and at 9:38pm CDT unanimously authorized the International Space Station and Dragon flight control teams to proceed toward rendezvous and berthing about 10:20am CDT Friday morning. [The actual Capture Time will be around 6:30am CDT.]
.
The SpaceX mission management team reported all spacecraft systems are ready for the final stages of rendezvous and completion of the final COTS demonstration objectives… and space station managers reported the orbiting outpost is ready for the commercial spacecraft's arrival.
.

Dragon has nearly completed its fly-around of the station, crossing behind the station and beginning its final approach.
……………..……………
.
POST UPDATE:
Has this been COOOL to watch or what!!!?
Station Crew Captures Dragon
Friday, May 25, 2012 - 10:41am CDT
.
The International Space Station Expedition 31 crew successfully captured the SpaceX Dragon capsule with the station's robotic arm at 8:56am CDT. The feat came 3 days, 6 hours, 11 minutes and 23 seconds after the mission's launch. The station was 251 miles over northwest Australia when capture occurred.
.

Would like to add that it isn't over yet… The actual final berthing process of Dragon to the ISS will still not be over for another hour or so… but it looks to me to be getting near the end now! Still going on though so keep watching!
.
NASA TV coverage began at 1am CDT this EARLY Friday morning and is still on.
Click out the LIVE Video coverage below…
…………………………
.
POST UPDATE:
Well--That’s about it for the day…
Station Crew Captures/Berths Dragon to ISS
Friday, May 25, 2012 - 11:15am CDT 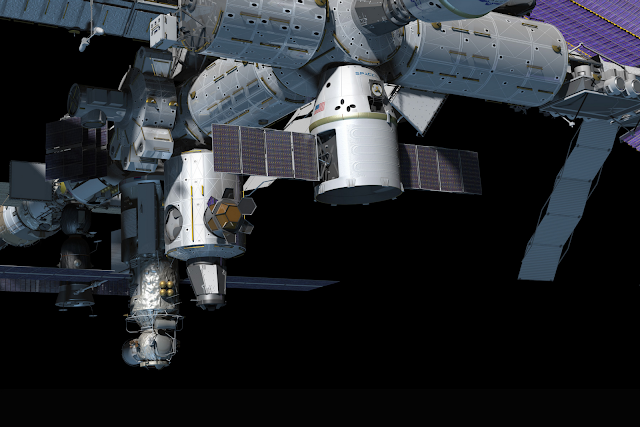