Admiral William Fallon Steps Down As Head Of CENTCOM

Admiral William Fallon
Steps Down As Head Of CENTCOM 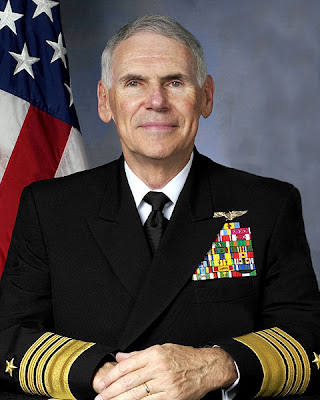 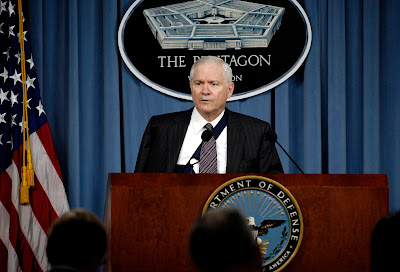 About photo: During a News Briefing at the Pentagon today... DoD Secretary Robert Gates announced that he has accepted Admiral William Fallon’s resignation as Commander of U.S. Central Command.
Read the story at link below...
Gates Accepts Resignation of CENTCOM Chief Fallon
DoD photo by Cherie A Thurlby

Admiral William Fallon has served our Nation with great distinction for forty years. He is an outstanding sailor -- and he made history as the first Naval officer to serve as Commander of Central Command.

From the Horn of Africa, to the streets of Baghdad, to the mountains of Afghanistan, the soldiers, sailors, airmen, Marines, and Coast Guardsmen of Central Command are vital to the global war on terror. During his tenure at Centcom, Admiral Fallon's job has been to help ensure that America's military forces are ready to meet the threats of an often troubled region of the world, and he deserves considerable credit for progress that has been made there, especially in Iraq and Afghanistan.

With service in Vietnam and as Vice Chief of Naval Operations, Commander of Pacific Command, and many other positions, Admiral Fallon has served this country with honor, determination, and commitment. I thank his wife, Mary, who knows that military service involves the whole family, and I wish them all the best as they begin the next chapter in their lives.

From a White house Press Release - Office of the Press Secretary

“Admiral Fallon’s decision to resign is a disappointment to those of us who viewed his reputation for candor as an essential asset in his role as CENTCOM commander. Although his views on the best way to deal with the challenges in CENTCOM’s area of responsibility may not have matched those held by White House officials, Admiral Fallon was viewed in Congress as someone who was careful, forthright, and direct.

“His departure is a loss for the country and, if it was engineered by the Administration over policy differences, that loss is compounded significantly.”

Take from a press release posted on the Speaker.gov website

* USAToday.com has this report... 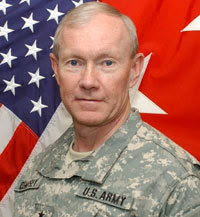 After Adm. William Fallon retires March 31, his top deputy, Army Lt. Gen. Martin Dempsey, will temporarily oversee the wars in Iraq and Afghanistan. He could become Central Command chief, but he has already been tapped to be the top U.S. Army general in Europe. Regardless, a permanent successor must be nominated by President Bush and confirmed by the Senate, and that might not happen right away...
Who will step into Fallon's shoes?