A joint operation between the Air Force and Soldiers of the 2nd Brigade Combat Team, 3rd Infantry Division required extensive planning to prevent collateral damage and to deny the use of the area for attacks into Baghdad and against Coalition Forces.

Two B-1 Bombers and four F-16 fighter jets, directed bombs at three large target areas. Each bomber made two passes and the F-16s followed to complete the set. Coordination between the Army and Air Force was essential in making the operation a success.

Operation Marne Thunderbolt is an ongoing operation aimed at flushing out remaining al-Qaeda extremists operating in the southern Arab Jabour area, and to create conditions for improved security. 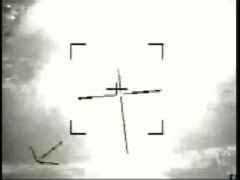