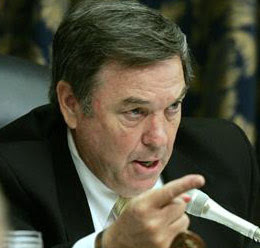 SignOnSanDiego.com brings us this report... Rep. Duncan Hunter, whose long-shot bid for the Republican presidential nomination never really got off the ground, dropped out of the race Saturday night after a dismal showing in Nevada, which was seen as the last hope to salvage his candidacy... “The failure of our campaign to gain traction is mine and mine alone,” the Alpine Republican said in a statement...
Rep. Duncan Hunter drops out of race for GOP bid