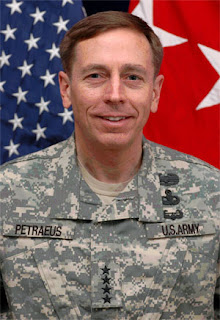 We offer our sincere congratulations to the members of the Iraqi Council of Representatives who worked extremely hard to reach a series of political compromises that resulted in passage on January 12 of the Accountability and Justice Law. Passage of this law represents a signal achievement in that Iraqi political leaders have collectively chosen to reform a de-Ba’athification process that many regarded as flawed, unfair, and a roadblock to reconciliation. This is an Iraqi law, formulated by Iraqi leaders, that addresses uniquely Iraqi issues. We look forward to the smooth enactment and implementation of the law in accordance with the principles laid out in the Leaders’ August 26 communiqué.

Ultimately the impact of this important legislative step will depend as much on the spirit of implementation as on the form of the legislation. In that regard, the fact that the law passed with broad political support is encouraging. The law is a product of compromises and tradeoffs as one would expect from a representative government. But it is clear that the law passed on January 12 sends a message to the people of Iraq and throughout the region that Iraqi political leaders are working together to build a state that will be inclusive and tolerant and wants to look to the future rather than dwell on the past.

We welcome this important step forward on the path and pledge to continue to work closely with the Government of Iraq and the elected representatives of the Iraqi people as they forge the way ahead for the young democracy in the Land of the Two Rivers.
From a News Release by U.S. EMBASSY - BAGHDAD
Petraeus File Photo by MNF-I - Crocker File Photo by usembassy.gov
Posted by AubreyJ......... at 1/14/2008 11:07:00 AM