A federal grand jury in the Western District of Missouri has returned a superseding indictment that charges the Islamic American Relief Agency (IARA) and several of its former officers with eight new counts of engaging in prohibited financial transactions for the benefit of U.S.-designated terrorist Gulbuddin Hekmatyar. The indictment also charges former U.S. Congressman Mark Deli Siljander with money laundering, conspiracy and obstruction of justice in the case.

"This superseding indictment paints a troubling picture of an American charity organization that engaged in transactions for the benefit of terrorists and conspired with a former United States Congressman to convert stolen federal funds into payment for his advocacy on behalf of the charity," said Assistant Attorney General Wainstein.

"An organization right here in the American heartland allegedly sent funds to Pakistan for the benefit of a specially designated global terrorist with ties to al-Qaeda and the Taliban," said U.S. Attorney Wood. "By bringing this case in the middle of America, we seek to make it harder for terrorists to do business halfway around the globe. The indictment also alleges that a former congressman engaged in money laundering and obstruction of a federal investigation in an effort to disguise IARA's misuse of taxpayer money that the government had provided for humanitarian purposes."

IARA, the Islamic charitable organization named in today's indictment, was headquartered in Columbia, Mo., and was formerly known as the Islamic African Relief Agency-USA. IARA was officially formed in 1985 and closed in October 2004, when it was identified by the U.S. Treasury Department as a specially designated global terrorist organization. Mubarak Hamed, 51, of Columbia, Mo., a naturalized U.S. citizen from Sudan, served as IARA's former executive director and is named as a defendant in the indictment.

Also charged in today's superseding indictment is Mark Deli Siljander, 57, a former U.S. Congressman from Michigan (1981-87) who serves as the owner/director of Global Strategies, Inc., a planning, marketing and public relations company located in the Washington, D.C. area.

Other defendants named in the indictment are Ali Mohamed Bagegni, 53, formerly of Columbia, Mo, a naturalized U.S. citizen born in Libya and a former member of IARA's board of directors; Ahmad Mustafa, 55, of Columbia, a citizen of Iraq, and a former fund-raiser for IARA; Khalid Al-Sudanee, 56, a citizen and resident of Jordan, and the regional director of the Middle East office of the Islamic African Relief Agency (also known as the Islamic Relief Agency, or ISRA); and Abdel Azim El-Siddig, 51, of Palos Heights, Ill., a naturalized U.S. citizen born in Sudan, and formerly vice president for international operations for IARA.

On March 6, 2007, IARA, along with five officers, employees and associates were charged in a 33-count indictment for illegally transferring funds to Iraq in violation of federal sanctions. They were also charged with stealing government funds, with misusing IARA's charitable status to raise funds for an unlawful purpose, and with attempting to avoid government detection of their illegal activities by, among other things, falsely denying in a nationally-televised interview that a procurement agent of Osama bin Laden had been an employee of IARA. These charges are included in the superseding indictment returned today.

* New Terrorism-Related Charges Against IARA
Today's superseding indictment adds to the original charges by alleging that IARA and its former executive director, Mubarak Hamed, engaged in prohibited financial transactions for the benefit of Specially Designated Global Terrorist, Gulbuddin Hekmatyar, an Afghan mujahideen leader and founder of the Hezb-e-Islami-Gulbuddin (HIG), who has participated in and supported terrorist acts by al-Qaeda and the Taliban. Hekmatyar has vowed to engage in a holy war against the United States and international troops in Afghanistan. The U.S. government designated Hekmatyar as a Specially Designated Global Terrorist on Feb. 19, 2003, thereby blocking all property and interests in property of Hekmatyar.
.
According to Counts Thirty-Four through Forty-One of the new indictment, IARA and Hamed knowingly and willfully engaged in financial transactions for the benefit of Hekmatyar's organization by sending approximately $130,000 in 2003 and 2004 in numerous transactions to Islamic Relief Agency (ISRA) bank accounts in Peshawar, Pakistan, purportedly for an orphanage housed in buildings owned and controlled by Hekmatyar.
.
"Sending money to benefit designated terrorists jeopardizes both U.S. national security and the security of nations around the world," said Assistant Director Joseph Billy, Jr., FBI Counterterrorism Division. "The FBI will continue to work diligently with our partners in the law enforcement and intelligence community to pursue suspected terrorists and their supporters, whether in the United States or overseas."

It is important to note that the indictment does not charge any of the defendants with material support of terrorism, nor does it allege that they knowingly financed acts of terror. Instead, the indictment alleges that some of the defendants engaged in financial transactions that benefited property controlled by a designated terrorist, in violation of the International Emergency Economic Powers Act.

* New Charges Against Former Congressman
Today's superseding indictment also names Mark Deli Siljander as a defendant on counts of money laundering, conspiracy, and obstruction of justice. According to the indictment, Siljander was hired in March 2004 by defendants IARA, Hamed, and Bagegni to advocate for the removal of IARA from a U.S. Senate Finance Committee list of non-profit organizations suspected of being involved in supporting international terrorism. 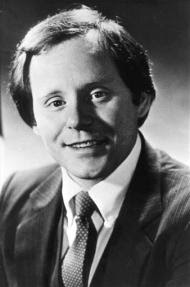 The Senate Finance Committee placed IARA on this list of charities and published the list on Jan. 14, 2004. Siljander was to advocate for IARA's removal from the list and reinstatement as an approved government contractor by gathering information and meeting with individuals and agencies of the U.S. government.

IARA, Hamed and Bagegni had previously entered into a series of agreements with USAID for relief projects in Mali, Africa. When USAID terminated those agreements in December 1999, the amount of money involved totaled approximately $2 million. IARA had allegedly failed to fully fund the matching contributions required to receive USAID funds. After the termination of these agreements, the indictment alleges, IARA, Hamed and Bagegni, without authorization, retained approximately $84,922 of USAID money and failed to return the funds to USAID as called for by the agreements.

According to the indictment, Siljander told federal officials that he had not been hired to do any lobbying or advocacy work for IARA and that the money or checks he received from IARA were charitable "donations" intended to assist him in writing a book about bridging the gap between Islam and Christianity. When he made these statements, he then well knew and believed that each statement was false, the indictment alleges.

The public is cautioned that the charges contained in this indictment are simply accusations, and not evidence of guilt. Evidence supporting the charges must be presented to a federal trial jury, whose duty is to determine guilt or innocence. The defendants are presumed innocent unless and until proven guilty.

This case was investigated by the Federal Bureau of Investigation, IRS-Criminal Investigation, the Department of Homeland Security's U.S. Immigration and Customs Enforcement, and U.S. AID-Office of Inspector General.