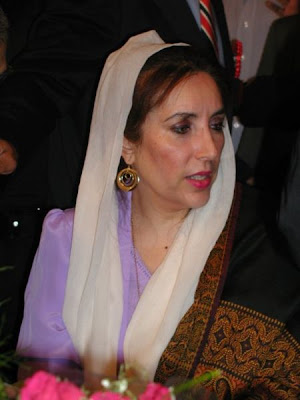 Two explosions went off Thursday night near a truck carrying former Prime Minister Benazir Bhutto on her celebratory return to Pakistan after eight years in exile. Police and party workers said Bhutto was unhurt, but an official said there were at least 30 people killed and 100 wounded... An Associated Press photographer at the scene said he saw between 50 and 60 dead or badly wounded people. He said some of the bodies were ripped apart...
Read the story at FOXNews.com
Has photos/video
ABC.net.au...Blasts hit Bhutto motorcade
Has photos/video and more